One of the shop specialty is restoring early marquetry and veneered surfaces, which can either be repaired "in situ" or on the bench.

We use sawn veneers when restoring pre-industrial furniture for their thickness. Sliced veneer, which appeared in the second half of the 19th century, is used only for later pieces. We believe in using the same materials to keep the character of the piece.

We acquire most of our sawn veneer through George & Fils in Paris, who operates a fifth-generation veneer shop that has used the same horizontal saws since the start of the 19th century. 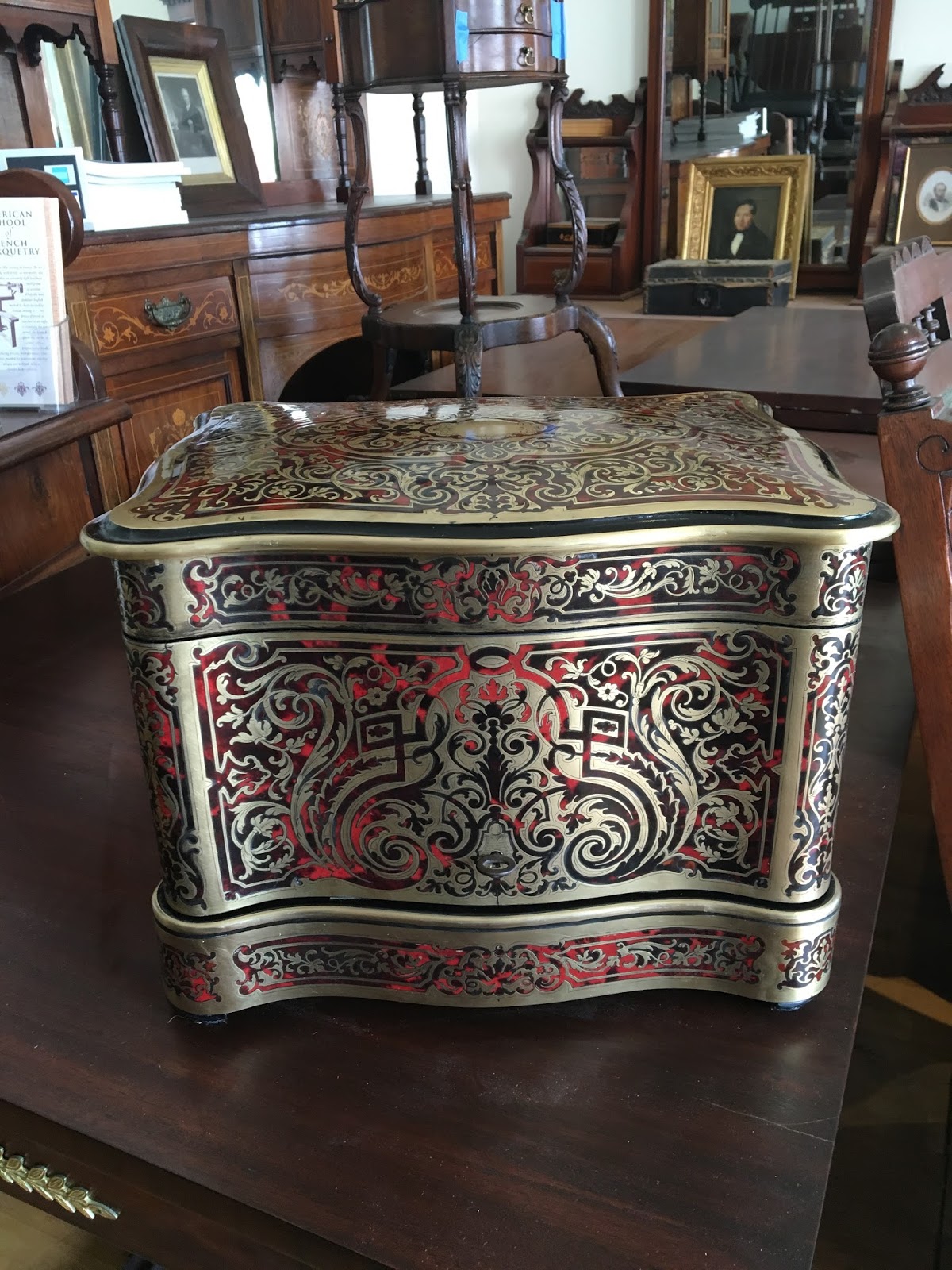 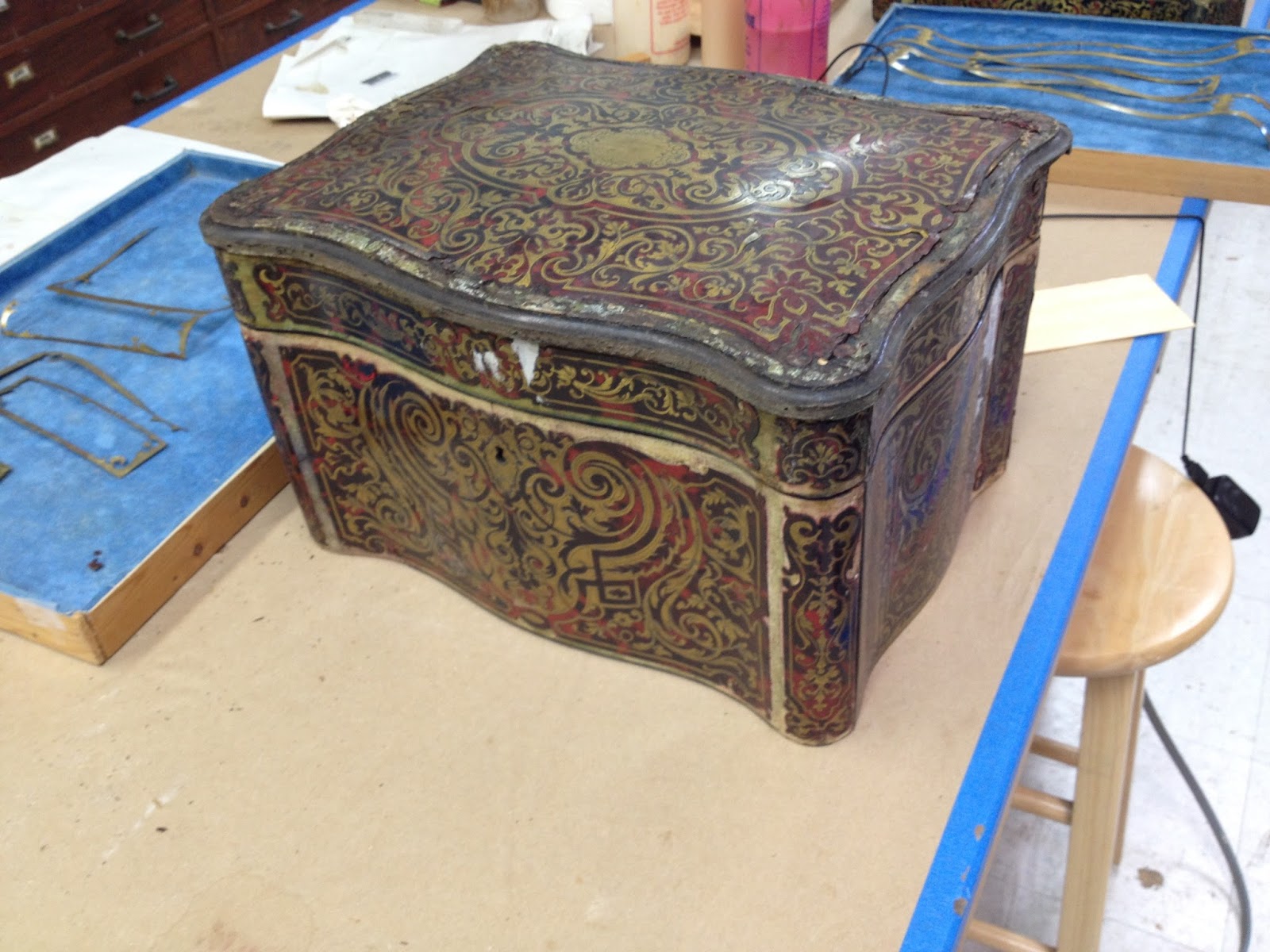 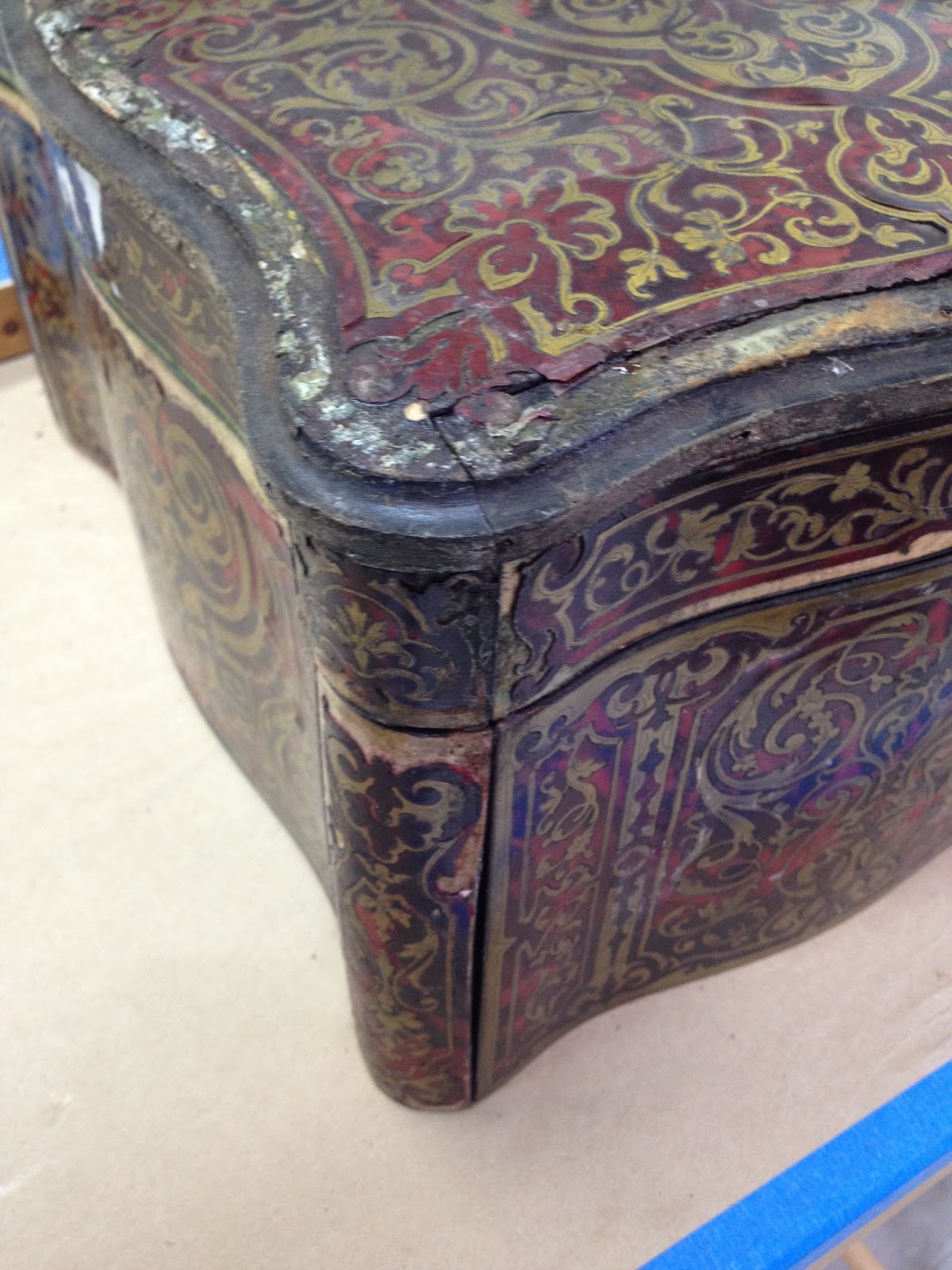 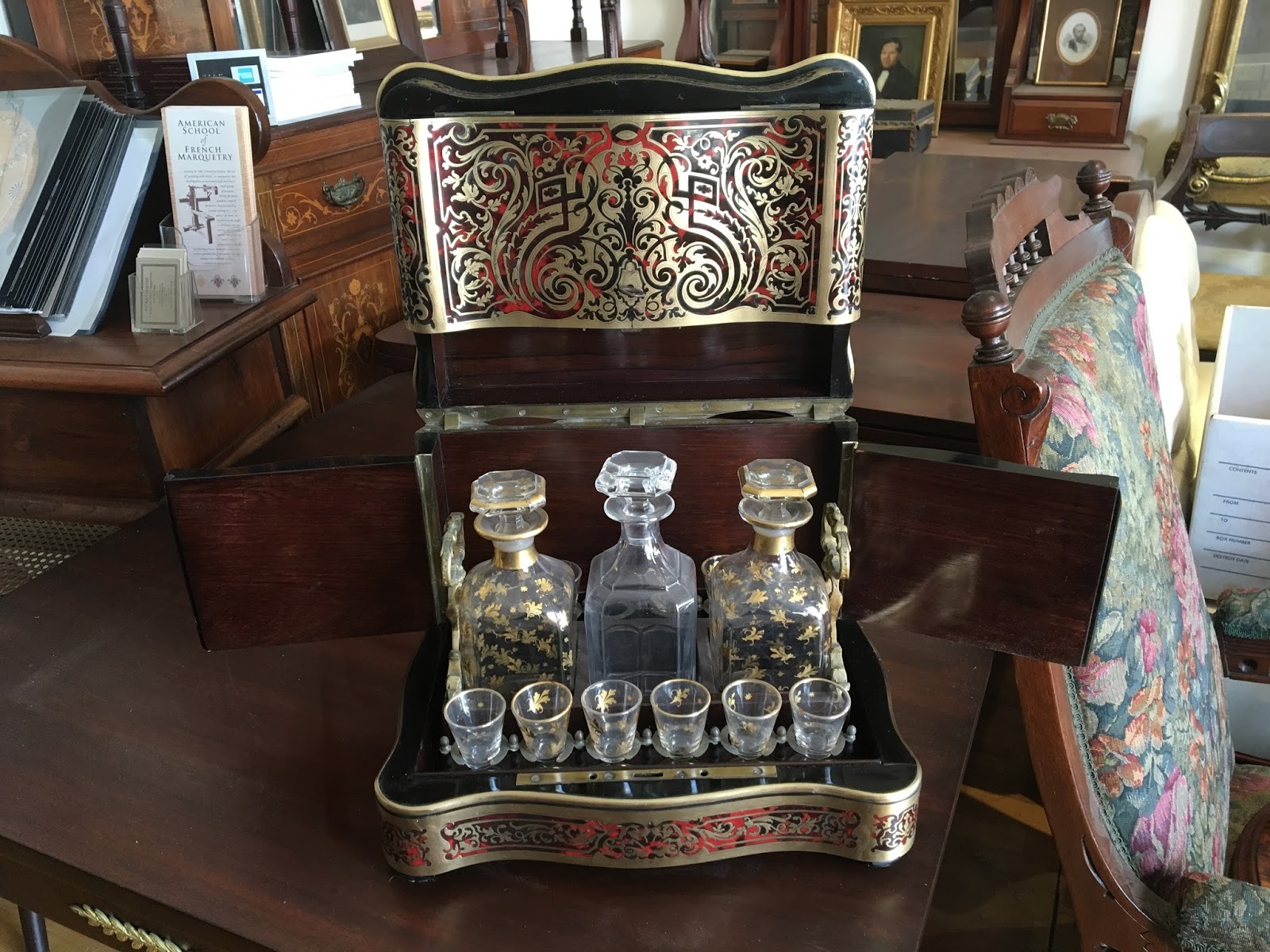 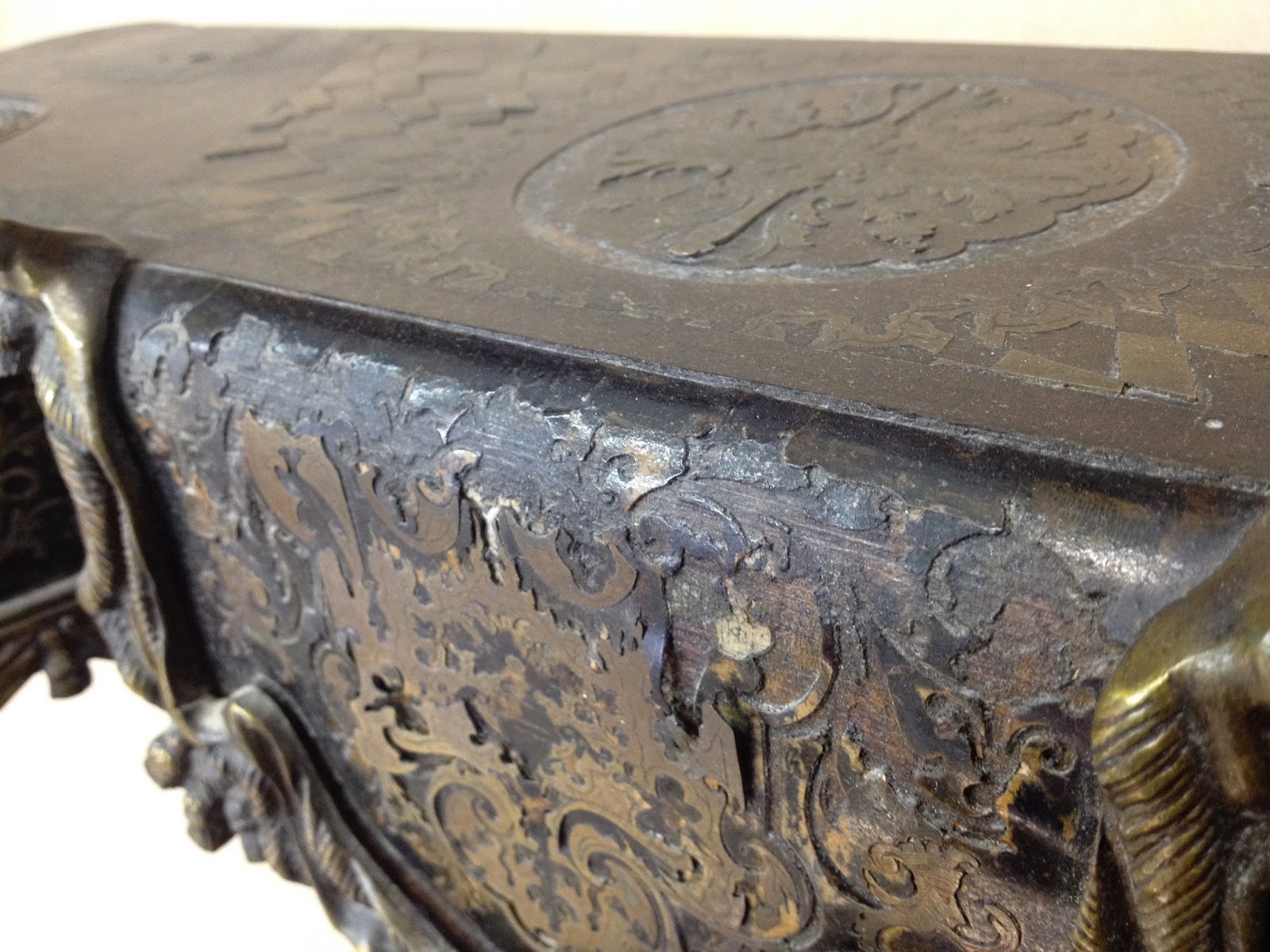 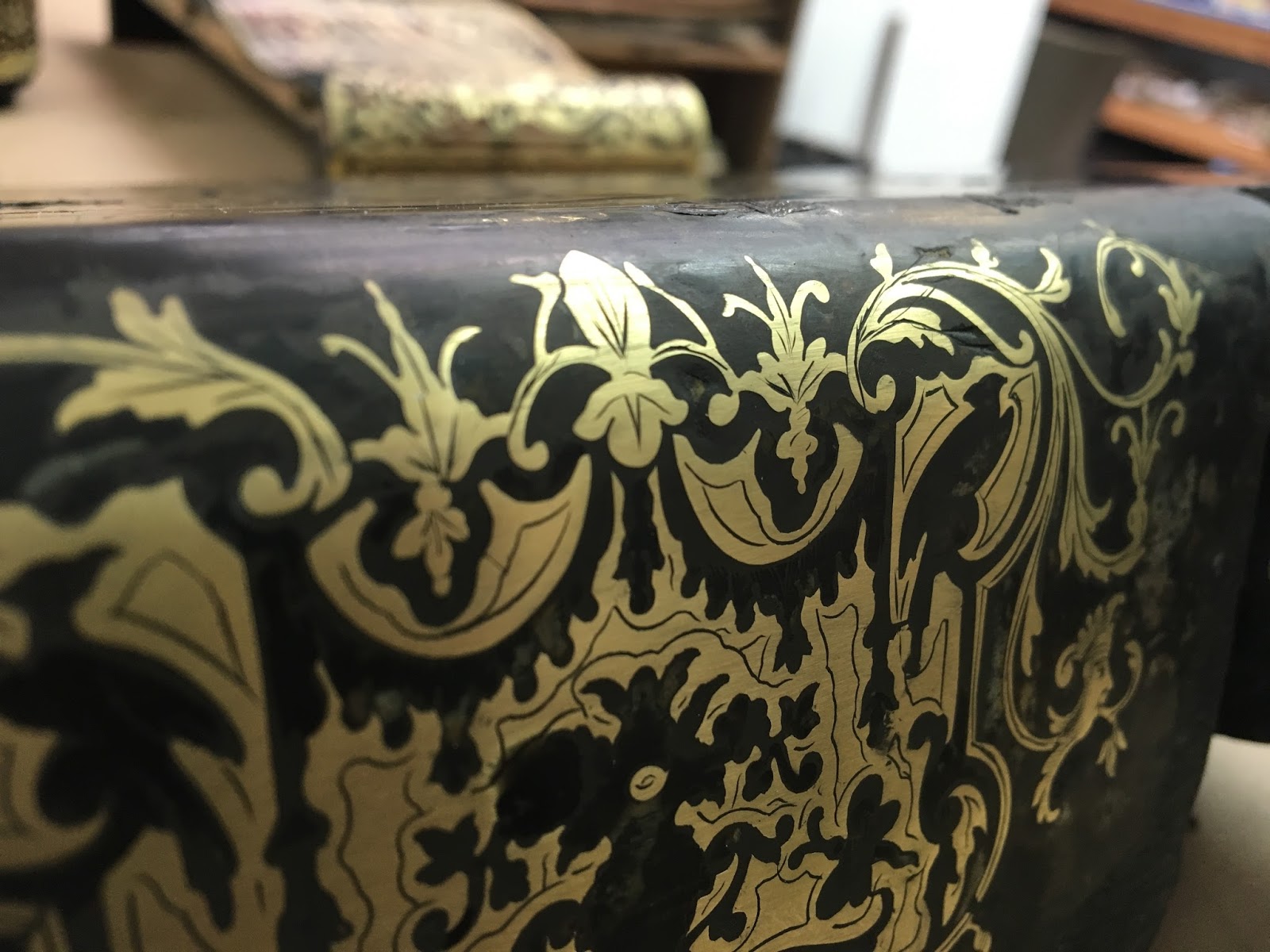 We own a stock of old tortoise shell that we bought pre CITES ban with provenance documentation.

We also use Fish glue as it is a traditional reversible protein glue with an amazing sheer force resistance. Using a synthetic glues render future restoration extremely difficult and can create a loss of value. 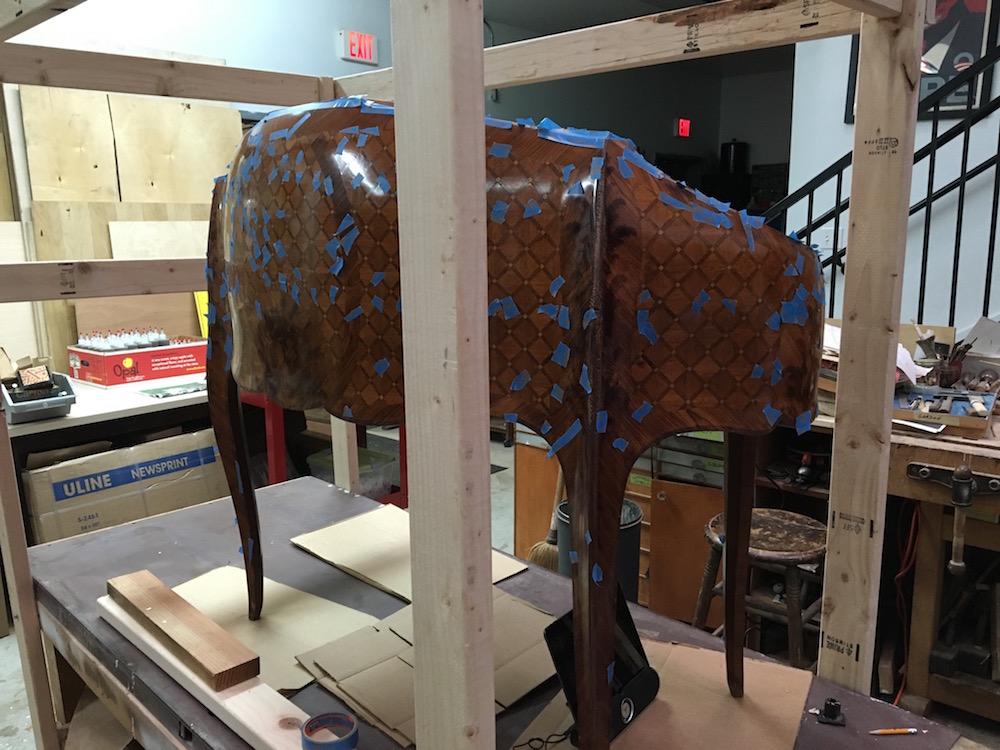 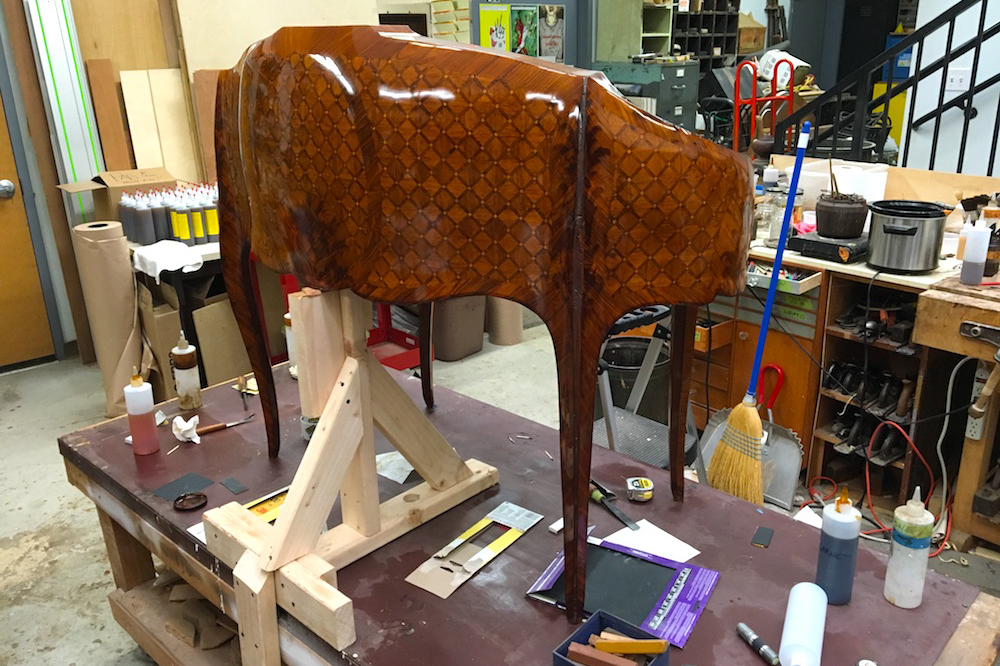 Restoring curved surfaces require the use of sand bag vacuum bags and ingenuity. For the restoration of this Maison Millet 19th century desk we built an exoskeleton around it to be able to apply pressure at every angles. 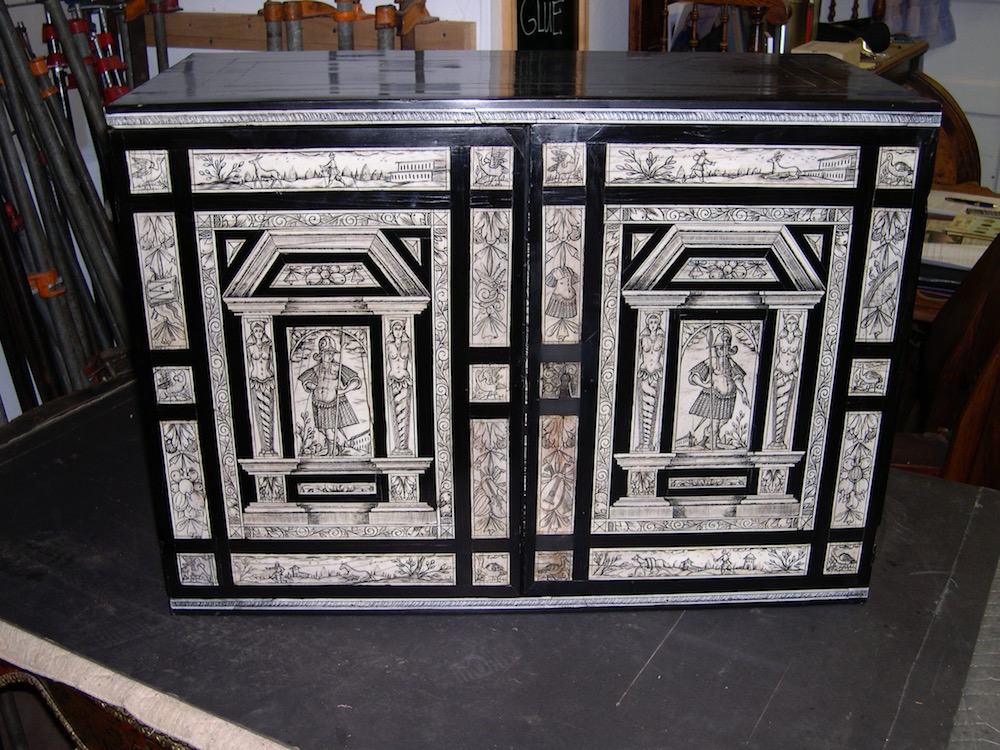 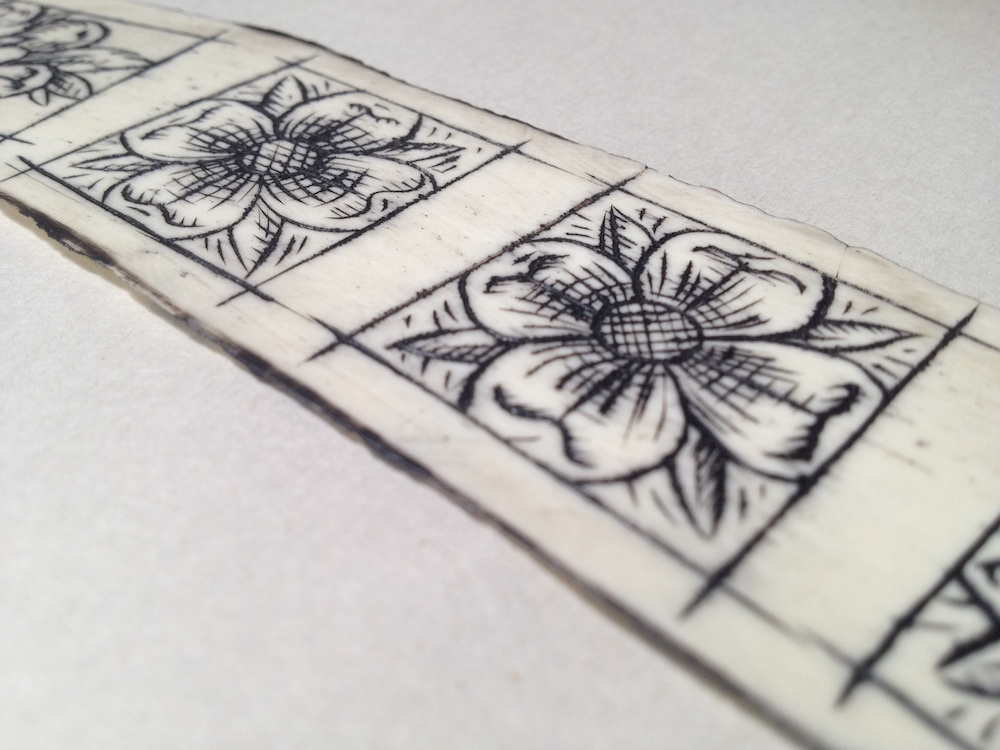 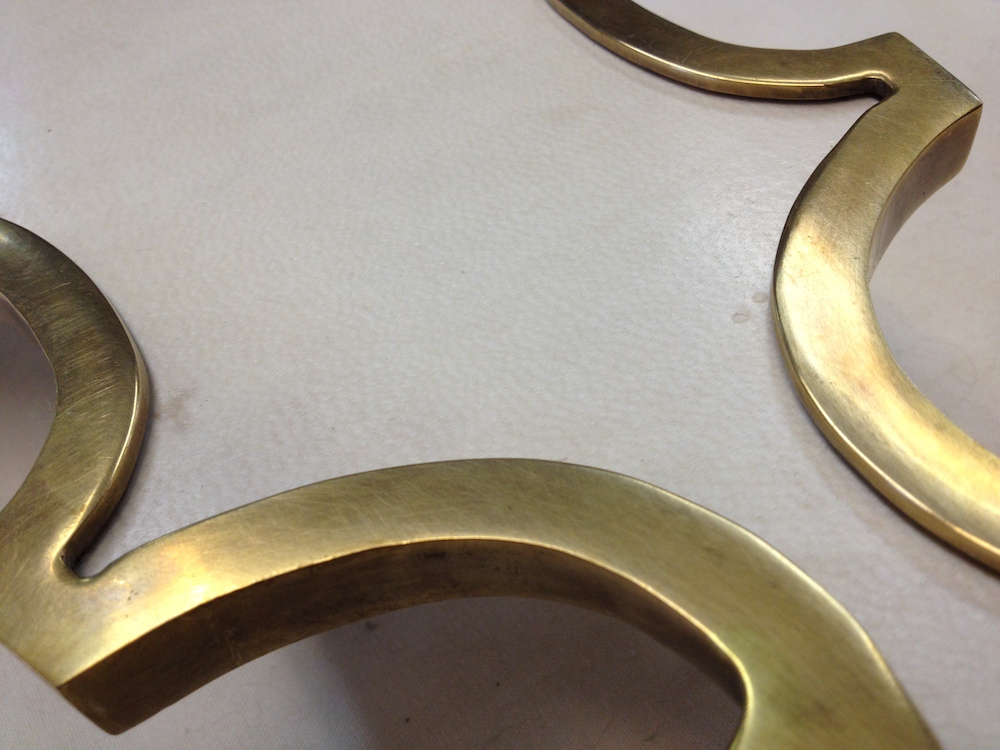 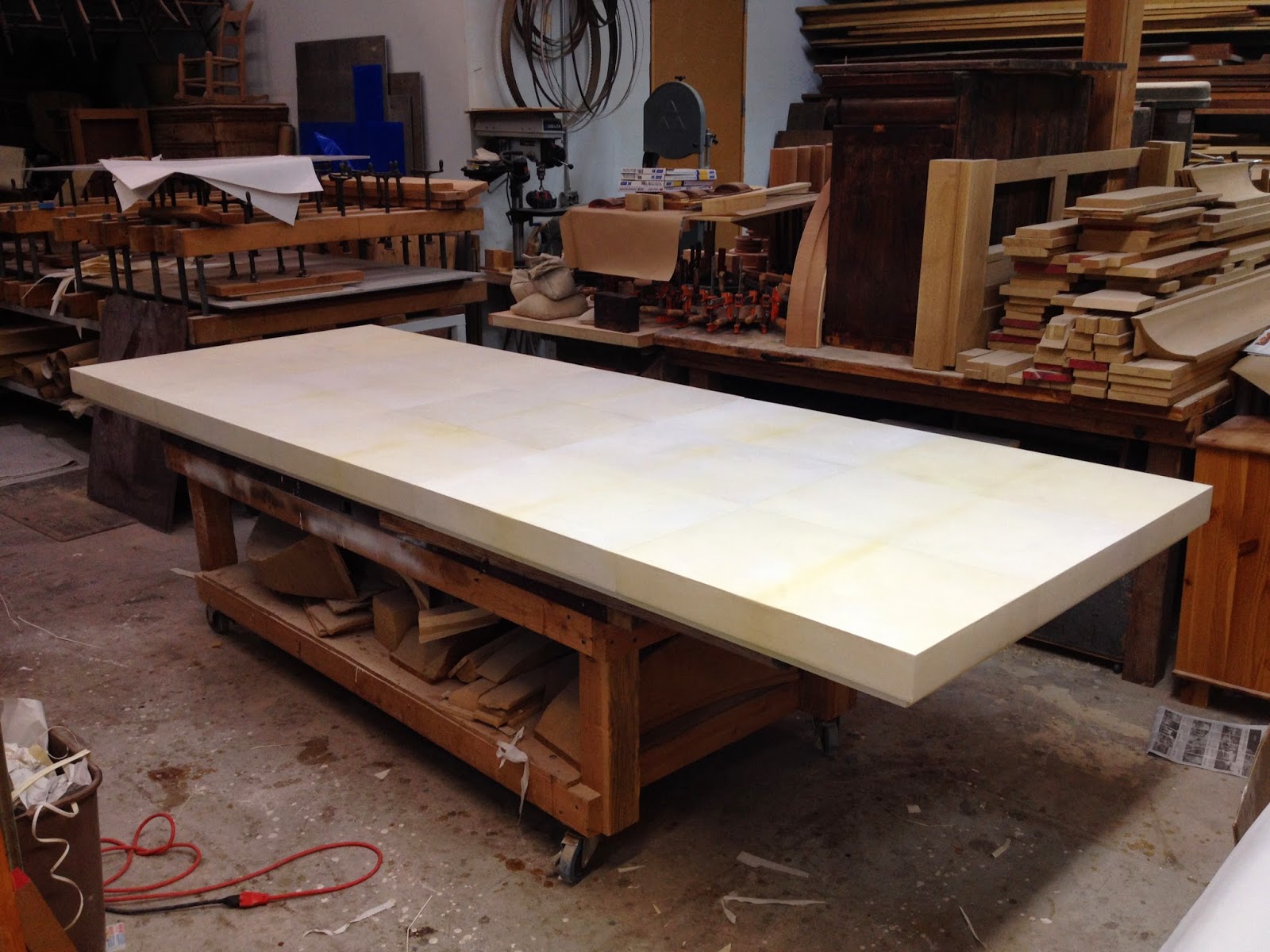 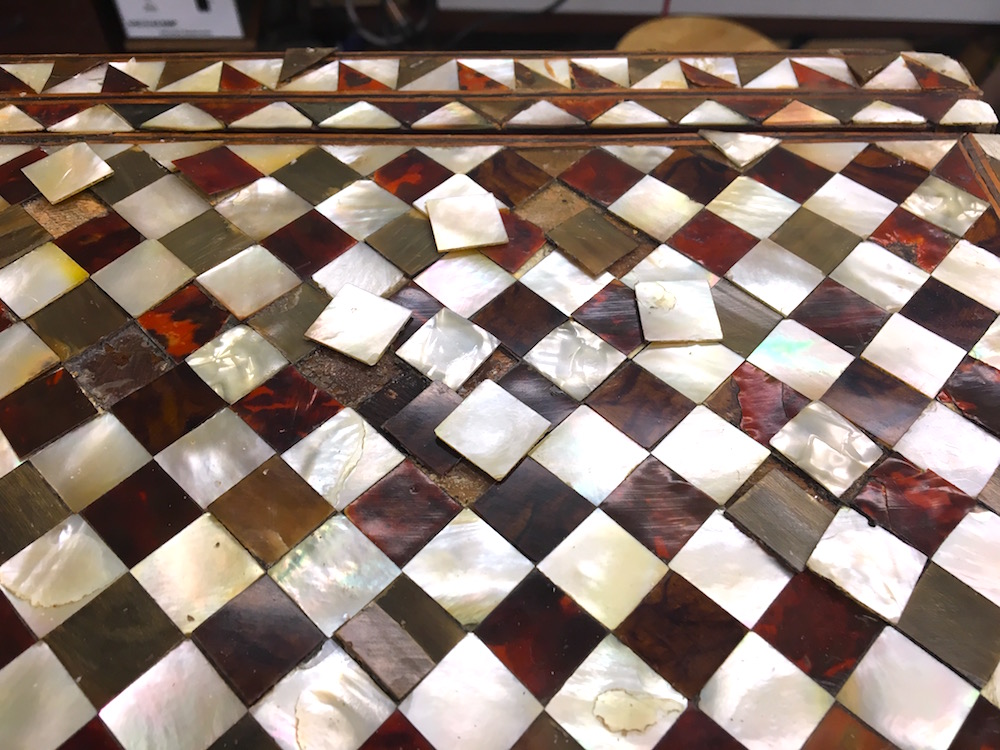 We are also one of the rare companies qualified to conserve and restore of a wide range of exotic materials, including brass, legal tortoise shell, legal ivory, bone, horn, diverse shells, parchment, shagreen, straw, etc. We also use these materials on new creations.